Latin America has become fertile ground for digital publishing and experimentation with new formats. Brazil is certainly the leader in the region, but innovative actors are already emerging in other countries. On this occasion, we spoke to Javier Sepúlveda Hales, the head of Ebooks Patagonia, an e-publishing company based in Santiago de Chile.

1. Could you briefly describe your background and the profile of Ebooks Patagonia?

I founded Ebooks Patagonia in 2010. I am an industrial civil engineer; I have a Master’s in business administration from Thunderbird School of Global Management and another in management from the University of Chile.

Ebooks Patagonia is a digital publishing company for Latin American writers, which currently works with authors and publishers in the region to get them into major stores and libraries throughout the world. We have put together a catalogue of nearly 50 e-books, with authors from Argentina, Uruguay, Chile, Colombia, Mexico, Nicaragua, Guatemala and Peru. We also offer services including digital layout in EPUB format, global digital distribution for publishing companies and authors, design and creation of cultural applications, digital libraries for schools and consultancy in digital strategic planning.

2. So far, what has been the attitude of Chilean readers towards e-books?

We have to bear in mind that readership levels have been low in Chile for a long time. I don’t have any current hard data but I can tell you about my impressions and what I pick up from conversations in the street and on social networks. I have seen a lot of activism in favour of the printed book, due to its virtues as an object; meanwhile, the digital book is often presented as a threat, as an assault… But at the same time I have seen avid readers adopt the e-book for reasons of convenience, without giving up buying paper copies. A significant segment is the over-50s, who appreciate being able to increase the font size.

Every day I come across more people with e-readers on the Santiago subway; some even read on their telephones. A few years back I would even dare to approach those with an e-reader and interrupt their reading to talk to them. They would complain about the lack of books in Spanish, so I took the opportunity to recommend Ebooks Patagonia to them!

With regard to DRM, it is amazing just how many times we have had to send instructions on how to open the text on the device following purchase. I remember one time in 2011 when I had to provide help via Skype to a user from Puerto Rico who had bought an e-book from us and couldn’t upload it to his tablet at all. Shortly afterwards we produced video tutorials to explain each step. Nevertheless, our experience shows that if a client survives their first purchase of a protected e-book, there is no going back. Once a reader has authenticated their device with a user name and DRM password, then it’s all plain sailing: the first download proves complicated but subsequent ones take just one click.

Lastly, we know that the e-books we sell are read mainly in the US, Mexico and Chile.

3. And what about the attitude of publishers? 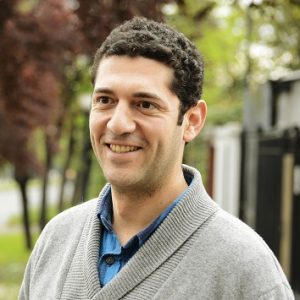 Publishers in Chile generally have their minds on day-to-day affairs and on purchases by the state. Public sector purchases are significant and account for a large part of the publishing companies’ revenue. Years ago, whenever I wanted to arrange a meeting with publishing companies to work with them on digital issues, they would ask for more time to think about it. Nowadays, they all view digital as something they must do at some point, but the truth is their time is taken up with urgent matters. Very few are migrating their catalogues to EPUB, and often they do so at the request of their authors rather than on their own initiative.

I am enthusiastic about the emergence of new publishing companies, which thanks to e-books and print-on-demand manage to publish and give exposure to their authors. The Chilean self-publishing market is also expanding: that may be due to the fact that publishing companies are investing very little in new authors or that they have already planned their year’s output.

I get the feeling that local publishers are too focused on paper, or at the very most on migrating their backlist to a store that receives PDF. There need to be more projects designed purely for digital, which aren’t paper dependent.

4. How do you work with publishing companies?

Basically we take charge of externalizing their digital area, particularly distribution. When a publishing company has more than 20 titles (in EPUB or PDF), we reimburse the cost of uploading titles: we just take a percentage of the sales. That’s where our incentive lies and we do our utmost to sell.

5. Amazon, Apple and other international companies have begun to make inroads into sales of e-books in Latin America. Do you see these companies as allies, as competitors or in some other way?

These companies are an ally of ours. They help us to popularize digital reading through their devices. We have trade agreements and work closely with them to increase Latin American content in the global market.

I think the arrival of these powerful actors should certainly worry those that are solely booksellers. Something along the lines of the collapse of Blockbuster following the emergence of Netflix .Or the bankruptcy of Borders and the interesting gamble by Barnes&Noble on an e-future.

6. You once stated that digital “levels the playing field and changes the rules of the game”. In general, what future do you see for e-books in Latin America?

I see a very bright future. The e-book will enable the integration of our cultures and make it easier for us to read each other’s works. I’ll give you one example: in conjunction with Resistencia publishing company from Mexico we organized a bi-national short story competition for authors with at least one published book in which the jury was completely independent from the publishing companies, and we released a digital anthology of the winning stories, four from each country. I was able to read on Facebook about how delighted one of the jury members was to have been introduced to two Chilean authors he enjoyed very much.

At the company we have also published a collection of short stories by Latin American authors exclusively in iBookstore and Amazon. It is called “Ebooks Patagonia Singles” and each story sells for US$ 0.99. The authors include Mario Benedetti (Uruguay), Andrés Neuman (Argentina), Pablo Simonetti (Chile), Tryno Maldonado (Mexico) and Carlos Wynter (Panama).

When I say that digital “levels the playing field and changes the rules of the game”, I am thinking in particular about the large publishing corporations run from Spain or the US and of the use we can make of technology. Just imagine the power accrued through the recent merger between Penguin and Random House when compared with authors, agents, distributors and other traditional actors in the book chain.

In my opinion, the only way forward for an independent Latin American publishing company when faced with a mega publishing corporation is the e-book. The cost of publishing a new book has come down and it is more a question now of how well you promote the book on specialist networks or among communities of potential readers. In the digital world, the differences between a small publishing company and a multinational are no longer so pronounced.