The e-publishing industry appears to have a promising future in Russia. Although little news about the Eurasian giant reaches the West, careful study reveals that the country boasts a hugely powerful technology industry, a very active State and one of the highest literacy rates in the world, all of which are factors that will contribute towards the growth of digital publishing. To analyze the current condition of Russian e-publishing, we interviewed Natalia Erokhina, from the company ABBYY.

1. Please tell me more about your background and about ABBYY

I studied at the Russian State University for the Humanities and graduated in artificial intelligence – a specialization that combines two areas of knowledge: software programming and linguistics. Over the past 10 years I have been employed by several Russian software and hi-tech companies. At the moment, I work as a business development manager for Latin America at ABBYY – an international leading developer of document recognition, data capture and linguistics technologies.

ABBYY’s products include end-user applications for document recognition and conversion (FineReader and PDF Transformer), data capture programs for processing forms, semi-structured and unstructured documents (FlexiCapture and FormReader), SDKs that provide a full spectrum of ABBYY’s recognition technologies, the Lingvo line of electronic dictionaries and a range of other linguistic products and solutions. The company is one of the largest scientific global research centers for developing artificial intelligence technologies in linguistics and document recognition. ABBYY also owns a publishing house, ABBYY Press, and a linguistic solutions agency, ABBYY Language Services.

2. Which are the main players in digital publishing in Russia?

The digital publishing market in Russia is relatively young and still developing. The demand for digital content is growing and, according to the estimations of experts, sales of electronic books double every year.

I think there is a general understanding of the fact that the market is changing and the development of information technologies is clearly in the air, which impels large publishing houses and middle-sized companies to launch digital projects and work on digital strategies.

To me, it looks like the electronic publications market is now made up of significant publishers, who are launching new and expanding existing digital projects (Eksmo, Prosvescheniye, Drofa, AST Press), and major digital book distributors (LitRes, Wexler, Ozon). From certain points of view, ABBYY may also be considered as this type of company and is involved in digital publishing industry in various aspects.

3. What is the general attitude among publishers towards the digital age?

The publishing industry is traditionally conservative, however, with the arrival of an era of total informatization, it also has to adapt to contemporary tendencies. I think that, overall, publishing companies in Russia understand that this is a time of significant transformation and that the way in which content is provided to readers has changed. The market leaders are already developing actively in the digital sphere, but I would say that most are still at the stage of considering different ways to enter the digital arena. 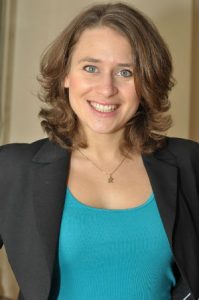 One of the key issues is that the preparation of quality electronic publications requires resources and financial investment. The development process includes many stages: technical requirements, content revision and restructuring, interface design, programming, testing, etc. Moreover, the variety of platforms (Windows, Mac OS, Android, iOS etc.) means technical adaptations are needed, which in some cases double the costs. Clearly, emerging publishing tools help to ease this process, however their implementation also requires that resources are put into learning how to use them. In addition, development of the digital product alone is usually not enough, as the publication process also includes the digital distribution aspect, which is also a labor-intensive task. It includes day-to-day work such as promotion, dealing with customer reviews, technical updates, and dynamic analysis of sales results, pricing policy and the effectiveness of distribution channels.

As a result, publishers either have to face the need to change the business processes within the company and create their own software development and sales departments, or else find a reliable partner in a technological area who will cover this part of the process.

In Russia, the leading publishers are now trying both ways (for example, AST Press and Drofa both work with partners in some areas while at the same time developing their own digital projects).

However, for the moment, the most winning solution lies in mutual cooperation between publishing houses and software companies who offer partnerships in the creation of electronic products, such as, for example, ABBYY, as well as companies who have expertise in the digital distribution of content (such as LitRes – 54% –, Wexler, Ozon, and ABBYY too).

4. Could you say that digital is increasing its presence among readers?

Yes, of course. People in Russia are getting more and more used to reading on portable devices.

According to the SmartMarketing analysis, the overall volume of ebook readers sales in Russia has grown 3 times in comparison to 2010. Analysts refer to this market as one which has already passed through the youthful phase and has achieved stable growth.

Interesting results were obtained by the RBC (Russian Business Consulting) portal team. According to their survey, 53.1% of the portal audience (mostly made up of young and business people) use e-readers to read books.

The most popular brands among e-readers are PocketBook, Sony, Wexler, Onyx. However, according to various estimations, the most popular way of reading electronic content in Russia is still on PCs and mobile devices (smartphones). On the other hand, sales of tablets are growing as well, and the experts suppose that in the future ebook readers will be replaced by their multi-functional versions.

The general opinion currently is that electronic publications should help to develop the reading culture in Russia, by making content more easily accessible and affordable not only for the citizens of Moscow and Saint-Petersburg but also for people in the distant regions of Russia, such as, for example, Siberia and the far east of the country.

5. Piracy comes up over and over again in debates on digital publishing. How do you see this phenomenon in Russia?

Piracy is certainly one of the most critical issues in Russia, as it is in many other countries in the world.

In Russia, the electronic books market is growing rapidly but only 1 in 10 electronic books is downloaded legally. The publishing houses lose millions of dollars every year because of the huge number of illegal downloads.

At the same time, because of insufficient legal policy in relation to electronic publishing, there are a lot of illegal players in the Russian market. Among the major providers of legal content are: LitRes, Elkniga, Bookee and others.

The Russian law against online piracy on one hand is relatively strict and implies individual responsibility. However, its application in practice is more complicated and large stores and publishers sometimes have to deal with illegal publications on their own: there are cases when they agree to make illegal resources legal.

In my opinion, the problem of piracy might be partially solved not solely by improving protection systems, but probably also by providing good quality content at affordable prices. It is common knowledge that the pirated books found online often include mistakes, junk symbols, etc. So at some point, for the users it may just be easier to buy a legal book from a trustworthy provider, if the price is not too high.

For the purpose of comparison, in the West the price of an electronic book may be around 10-15 USD, while in Russia it is around 3 USD.

Another expert opinion about piracy is that, at present, the Russian publishing industry does not provide enough legal content for readers. For example, LitRes has around 50, 000 titles, while one of the major Russian illegal online libraries, Lib.rus.ec, has around 200, 000 titles (this and some other subjects are described in more details in the article by Vladimir Kharitonov on Russian Publishing “Steps into the Digital Future”).

6. What will be the impact of e-books and other digital tools in Russia? Do you see any particular opportunity? Any big challenge?

I think that the development of the e-book industry will first of all provide the different layers of the Russian population in Moscow, Saint-Petersburg and the regions with an opportunity to read more. Through the spreading of the Internet, the distant regions of the country will be given access to the same type and amount of books as the central regions, which will support and develop the reading culture in the whole country and increase the general level of education. It is hard to find a variety of interesting books in print, but in electronic form they may be accessed and downloaded easily from any place. Students are already actively using this opportunity.

In addition, the subject of electronic educational materials is being actively discussed in the Russian education industry. If these discussions take the form of a government project, then most likely such a project will receive funding, which will also be helpful for the growth of the publishing business in Russia.

Among the main challenges for the development of the e-book market in Russia is establishing clear business models for the sale of content. At the present moment, there are 3 general variants: sales of e-books as files, the subscription model and multimedia applications. However, the purchasing processes are a bit more complicated than, for example, in the USA, as the infrastructure based on the connection of e-reader devices and digital stores is still at the stage of active development. Examples within the Russian market in this case might be PocketBook or LitRes.

Another issue is that, on the one hand, the Russian public is not really used to the idea of purchasing legal content as is the case, for example, in the USA, and on the other hand, online payment methods (such as credit cards, for instance) have also only become common in recent years. This leads, then, to the problem of piracy in combination with technical payment processing difficulties.