In 2007, Uruguay introduced the ambitious Ceibal Plan. With the objective of reducing the digital divide in mind, the State announced the distribution of more than 400,000 XO model laptops to 450,000 primary school teachers and learners. We interviewed Pablo Harari – Director of the publishing house Trilce and active member of the International Alliance of Independent Publishers – on the impact this plan as well as other technological inclusion projects could have on the Latin-American publishing field.

1. Could you briefly speak about your professional path as well as the editorial angle of Trilce?

I am co-founder and Director of Trilce. Before founding Trilce in 1985, I worked for several years in the book distribution sector in France. Trilce has published thousands of titles and is part of the independent publishers’ movement since the end of the 1990s.

As Director, I participated in various initiatives in this regard – amongst others: the Editores Independientes group, the Intercultural Library, as well as The International Alliance of Independent Publishers. I am also deputy director at the Uruguayan Chamber of Book. Trilce is a publishing company focused on social sciences and youth literature.

2. Thanks to the Ceibal Plan, Uruguay was one of the most active Latin-American countries in terms of reducing the digital divide. What can you report on this initiative, both positive and negative aspects, five years after its implementation?

Quite honestly, five years is not a sufficient period of time to draw definite conclusions in the field of education. Without a doubt, the fact that all public school children now own an XO – a laptop specifically designed for this purpose – will have critical repercussions on their relation to this tool, as the child will develop skills – and also bad habits – implicit to its usage. Reading and writing habits will inevitably change, as will develop new ways of reasoning and communicating.

Recent research mainly focuses on outcomes related to the children’s social integration and their families, but addresses effects on education to a lesser extent. In fact, families who had until then no computer now have one – with high connectivity, enabling integration, communication with family and friends, access to information, management of administrative issues, etc. Regarding education as such, we noticed that there is little class material available and that the initiation of teachers to the XO device was difficult – the system was introduced without their input, which means there is a lot to improve in the future. 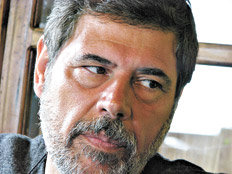 Generally speaking, when a State buys books, it meets the demands of libraries and education centres, but it also stimulates research and creation. Unfortunately, the Uruguayan State does not allocate any budget to book purchases except in some rare instances, on exceptional occasions, and with very limited print run. Libraries are in a disastrous state and their funds are replenished through donations.

National education launched a very interesting youth literature “mini-libraries” project designed for 2,400 schools, with a selection of 90 titles. These mini-libraries ended up providing some 300 schools with only 50 titles, reason being a “lack of funds”. The underlying argument is that these books could be replaced by digital books. Indeed, before the State acquired the 300 copies, the Ceibal Plan – which does not rely on national education – had planned to purchase these 90 digital titles with its own funds. The Plan wanted to mainstream them into its platform so children could download them over a limited period, without being able to print or copy them.

Without getting into the debate on differences, benefits and inconveniences of the traditional book and the e-book, we can state that currently, and this is particularly true for youth literature, they are not interchangeable: the access to one must be completed by the access to the other. Publishers and the Ceibal Plan considered from the beginning that this Book Chest – it is the name of the Ceibal Plan website – represented a first step and that solutions would need to be found along the way for e-books acquisition in the future.

In Uruguay, there is no e-book national sales platform. The few titles that one finds on Libranda cannot be purchased in the country; on Amazon, books published in Uruguay can be counted on one hand; Uruguayan publishing companies do not sell e-books on their website; the sales figures of e-reader are almost non-existent, and it is only during the last few months that the sale of e-readers really took off. In short, the e-book market in Uruguay is non-existent, such that the purchase done in the context of the Ceibal Plan was speaking of a “nil experience”, for both purchasers and publishers. The issues mainly came from two areas: a) technological and b) economic.

a) Publishers provided PDF files and the Ceibal Plan had to find an adequate format compatible with XO – the specific screen size, coding process, file’s weight, usage period, etc. all had to be taken into account. Not without difficulties, some solutions were eventually found: by modifying the books format to adapt it to smaller monitors, we maintained the PDF files format and created an application exclusively for the XO, enabling the decryption of books once downloaded. This application was valid for three years; beyond this time period, the system deleted books from the computer. The operation caused texts to “shift”, incorrect paragraph layouts, illustrations in wrong places, and other problems that could have been easily avoided but, because of the lack of experience of the people responsible of conversion, created a lot of back and forth.

One must also bear in mind that these e-books are sub-products of traditional publishing that were not created to undergo an eventual conversion to the electronic format. Now, we know that when doing traditional publishing, we must bear in mind a potential transition to the electronic format, and we have learned to use relevant resources in the layout programmes. Currently, some of these books are available on the website, others are being created.

b) From the economic viewpoint, two interrelated issues came up: how can we determine the price of each e-book, and what would be the copyright percentage?

We have noticed that a rights transfer giving potential access to more than 400,000 computers was practically an innovation in the world of Spanish-speaking publishing. We therefore had no precedent on which to base our project. We have observed that the e-books prices already on the market – those that are sub-products of traditional publishing – were determined according to the market and not manufacturing costs, and that they vary from one country to the other and also from one day to the next. We have discarded the idea of a price determined by the number of users, as the Ceibal Plan did not allow us to monitor access, and the idea of calculating based on the quantity of XO distributed.

Finally, following a “negotiation” in order to align Ceibal Plan’s budget to the amount proposed by publishers, we agreed on a price. The parastatal organisation required that the price be the same for all titles, regardless of author, inclusion of illustrations or not, length, etc. Given the educative and social character of the project, publishers compromised some of their requirements to support the Ceibal Plan.

Regarding the authors’ rights, many publishing companies had some articles in their contracts providing for copyrights in the digital field, in some cases with the same copyright percentage as traditional books, and in other few cases, with a higher percentage. Others had to negotiate with their authors. Generally speaking, we agreed on a percentage of 25% for global sales. Many had reviewed their contract to increase this figure, others signed new contracts, and others did not reach an agreement and did not sell their books. We must also point out that some authors met to discuss and defend their rights, opening an on-going debate to this day.

4. You have acquired a vast experience of fairs and publishing debates in the region: what long-term future do you foresee for e-books in Latin-America – or e-publishing in general? What challenges? What opportunities?

There is no doubt that the e-book is a technological advancement that, in some sectors, will develop endlessly, reaching a point of no return. In other sectors, the current trend – encouraged by commercial interests not linked to the content but to the industry of e-reading devices, auxiliary items and online advertising – will adapt to reading habits currently undergoing transformation. There will be cohabitation, adjusting to these habits. It is very difficult to foresee changes to come. But there won’t be less reading or writing. It is also challenging to foresee new technological development that could transform e-books – electronic ink hybrid monitors and LCD, for instance.

The challenges: learning new technologies without neglecting those used today; continuing to prioritise contents; avoiding falling into the hands of centralising monopolies; creating decentralising alliances; not selling the cultural role and symbolic value of the book cheaply.

Opportunities: specialising in what we are currently doing; improving the non-digital book; strengthening our professionalism; optimising resources for promotion.

Until the e-book phenomenon grows further and finds its place, we shall defend the traditional book instrument, which already proved itself on many levels, and democratise its access and make it reach a greater diffusion, thus promoting bibliodiversity.