Thanks to its attractive interface and to its wide range of possibilities, Calibre has become one of the most popular open source ebooks software. With Calibre, users can convert their ebooks into several formats and manage their libraries and metadata. In this interview, we spoke to Kovid Goyal, creator of Calibre, on different aspects of the ebook industry as well as on his plans for the future.

1. Calibre has been distributed mainly as a desktop application. Is there a demand for a cloud-based version, now that more and more e-readers come with wifi/3G?

Calibre includes a content server which allows you to share your library via the internet. As for a full hosted solution, that is something that may be developed in the future, but it would have to be a paid for service, since there will be hosting costs. 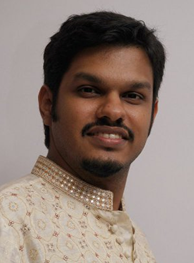 2. Do you have any information/statistics related to cell phone and other non-ereader usage of Calibre?

Not really. I do not collect statistics about what devices are connected to Calibre.

3. What is your opinion of “locked in services” such as those offered by Amazon and Barnes&Noble? What future do you see for DRM-based systems?

I think they are silly and short term effort to try to achieve market dominance, one that is doomed to fail in the long term. One of my goals in developing calibre is to provide an open and independent platform for managing your ebook collection. In my opinion DRM is snake oil. It does not achieve its stated goal, of preventing piracy. It’s only effect is to create vendor lock in. To combat the rise of DRM in ebooks, my wife and I have started the Open Books service, which maintains lists of books sold without DRM. Seehttp://drmfree.calibre-ebook.com

4. Currently, the ebook industry looks like a tower of Babel, with different players trying to impose their own formats. Would Calibre work as a translator between these different “languages”?

That is indeed one of the most important functions of Calibre. As long as you stick with DRM free material (or remove the DRM from your copy of an ebook), calibre allows you to read that book in any format on any device.

5. According to the figures displayed on Calibre website, most downloads come from the US (25%), Spain (8,8%), UK (7,7%) and Germany (7,4%), that is to say, from industrialized nations, while developing/emerging countries such as Brazil, India or South Africa show figures that hardly surpasses 1%. How would you explain this fact?

E-readers are expensive. They represent a significant upfront cost that you must pay before you can start reading your first book. Also, most e-readers require a companion computer to be useful. Both these requirements mean that they do not always make financial sense for developing markets. That will no doubt change as e-readers become cheaper (or become multifunction devices) and standards of living rise in developing economies.

6. In spite of these relatively low figures, do you see any particular potential for Calibre in developing regions, especially now that a number of governments – such as the Indian one – areeager to mass-produce tablets and other reading devices aimed at the native population?

Certainly, the fact that Calibre is free and open source should make it particularly suitable for the budget conscious :) That said, I personally do not like working with large organizations or governments, so while governments are welcome to use Calibre if they feel it will benefit them, it is not something I work to encourage.

7. You moved back to India last year. Was that a long-term decision? Will you keep working on open source developments in your country?

I was only in the US to get my Ph.D. I always intended to return to India once that was completed. India is home for me. As for what I will do in the future, I cannot say, since Calibre itself was an accident, while I was in grad school, I have learned to stop trying to predict what I will do in the future. But if it is software related, it will most certainly be open source.

8. Calibre was built by you as an open source application and has benefited from the generous work of large numbers of people – a vibrant community of developers, designers and translators. What do you think has driven those people to volunteer to the project? What has driven you, on a deep level?

Most contributions to calibre come for two reasons:

1) the contributor is adding a feature they themselves want and find useful;

2) the contributor is doing something because it is fun and technically challenging.

I have put lots of effort into making it as easy as possible to contribute code to Calibre. Setting up a Calibre development environment takes literally five minutes. Calibre has an extensive and well documented plugin system that allows users to extend almost every aspect of its functionality with third party plugins. These efforts have paid off in the form of Calibre’s vibrant development community.

Personally, I started work on Calibre because I use Linux and the original e-reader, the SONY PRS-500 was not supported on Linux. Calibre started life as libprs500. It just grew from there :)

To me, it is essential not being dependent on profit-driven corporations and proprietary software for something as important as books and reading.