The latest digital publishing developments from Brazil, Africa, the Arab World, India and China indicate change and challenges for the major global players.

As a result of a 2011 report, “Digital Publishing in Developing Countries”, carried out by Octavio Kulesz in October 2010 and commissioned by the International Alliance of Independent Publishers, with the support of the Prince Claus Foundation, this year sees the launch of the the Lab, an experimentation and training unit sponsored by the Alliance, the Prince Claus Fund and the International Organization of La Francophonie.Among the many activities carried out by the Lab will be tracking news related to digital publishing developments in the “Digital South” — the metaphoric area that is home to the majority of developing countries — with updates offered via the Twitter account@digisouth and on the Lab’s web site. What follows is a summary from the Lab of recent developments in this dynamic region. 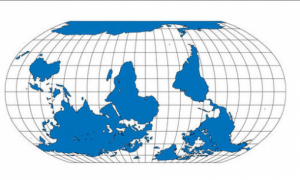 2012 has already been a year rich in news from Brazil, including the report 6 out of 10 Brazilians now belong to the middle class, resulting in an increase in online sales. E-books are increasingly interesting to buyers and new digital strategies are being developed by publishing houses and aggregators alike. The government has demonstrated an interest in developing indigenous tablets and early examples, such as the YPY by Positivo, may prove competitive to foreign models, as a result of low price and adaptability. Finally, the Brazilian Book Chamber (CBL) has announced that it will hold a Third International Congress on Digital Books, together with other training initiatives – yet another sign that the Latin American giant aspires to position itself as a hub in the regional world of electronic publishing.