HomeFeaturedClouds of books in Brazil

Clouds of books in Brazil

In recent years, Brazil has become a powerful player in e-publishing. The South American giant boasts a growing supply of e-books –provided by both local stores and  international platforms–, publishers that are already putting together their own digital collections and government projects focused on the acquisition of multimedia works.

The latest phenomenon within this context is the creation of commercial digital libraries: huge repositories of electronic books that are usually offered under a subscription model, along the lines of 24Symbols (Spain) or Oyster (USA). Here we look at the more high-profile examples of this new trend.

In June 2011, four Brazilian academic publishing houses–Grupo A, Atlas, Grupo GEN and Saraiva– presented the Minha Biblioteca (“my library”) project. This e-book distribution platform came into being just two months after the launch of DLD, an aggregator of digital books set up by six other publishers –Objetiva, Record, Sextante, Rocco, Planeta and L&PM. However, unlike previous initiatives more geared toward bookstores, Minha Biblioteca was specifically aimed at higher education institutions.

The 4,000 titles amassed by the platform relate to different disciplines –law, social sciences, health– and can be acquired in two ways: subscription or perpetual purchase. In addition, the basic business model is supplemented by a whole range of extra services, such as Minha Bibliografia.

Developed by the company Gol Mobile and presented at the Book Biennial of Rio in 2011, Nuvem de Livros (“cloud of books”) has achieved a significant mass of users: thanks to an agreement with the operator Vivo and the portal Terra, the project already has over a million subscribers. The cost of the subscriptions varies depending on the type of customer: between $2.70 and $6.90 per month for the different Vivo customers and between $6.60 and $8.90 for Terra users.

Readers must be connected to view a wide-ranging catalog of 11,000 works. Access can be made using any type of device; for cell phones it is necessary to download a specific app, while for computers it is essential to install Flash Player. 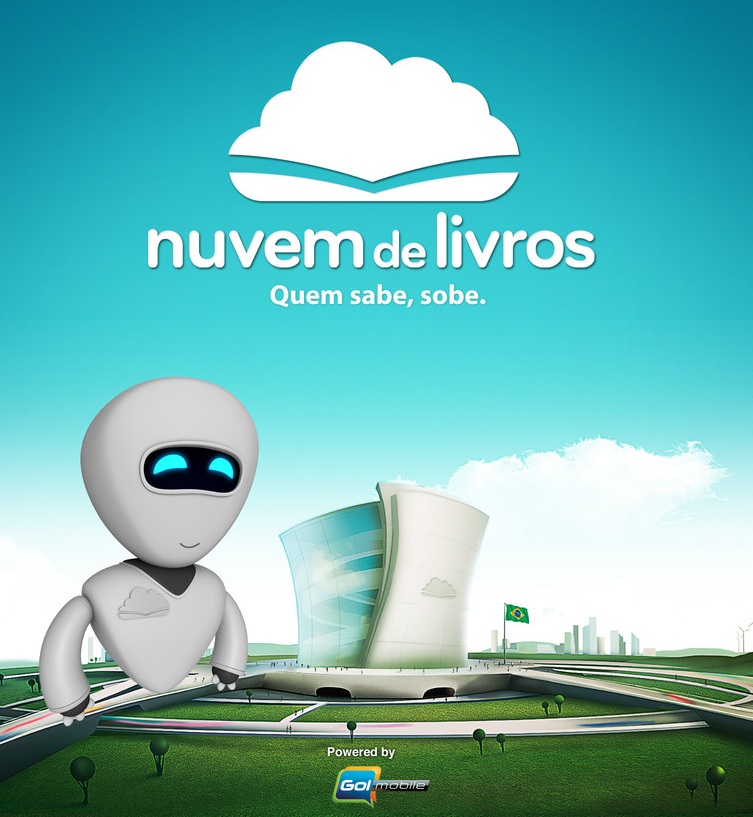 Nuvem de livros is planning to soon branch out to the rest of Latin America as well as to Europe: in fact, it has already signed an agreement with the Cervantes Virtual Library in Spain.

With its sights set on the public sector, schools and private companies, Árvore de livros (“tree of books”), a highly ambitious digital collection, was launched in late 2013. According to Galeno Amorim –the current project director and former president of the National Library of Brazil–, the initial back-list will include around 200,000 e-books. Payment will be made on a subscription basis, while access will be provided via any device connected to the web –although the texts will also be able to be read offline, for example on e-readers with electronic ink displays.

The key to this platform’s operation lies in its e-loan system: each user can browse up to 3 works simultaneously. To read an additional title, the subscriber must return one of the previous three. The publishers participating in the project can monitor the performance of the loans in real time. They also have the ability to analyze reading preferences, user profiles and other statistics.

In February 2014, the digital distributor Xeriph –the driving force behind the Gato Sabido store– unveiled its proposal for libraries, both municipal and corporate. In contrast with other existing solutions, Biblioteca Xeriph targets a wide range of readers, not just students.

The platform brings together works from 280 publishers and offers two purchase modalities: loan and subscription. In the first option, the customer-library buys the books at a cover price, of which the publishers receive 60%, and then after 14 days the book is returned to the system. In the second alternative, the associated library acquires works through a subscription; the publishers are paid according to the number of hits for each work.

The Saraiva publishing house ­–belonging to the powerful Saraiva Group– occupies a leading position within in the Brazilian book scene, particularly within the educational segment. In March 2014, the company presented its own virtual library solution, stocked with a catalog of 1,500 works.

Those institutions subscribing to Biblioteca Saraiva will be able to acquire the e-books at a cover price and access increasing discounts, depending on the number of titles requested.

A sector in full swing

Virtual libraries represent a relatively recent phenomenon in Brazil. However, the scale of the market and the variety of actors involved –publishers, aggregators, mobile operators, web developers– augur well for a prosperous and dynamic future.

What is more, as often happens in the emerging world, the initial difficulties themselves –lack of reading rooms, inequality of access– will probably end up accelerating the mass incorporation of this type of digital solutions. Indeed, only 27.5 % of Brazilian schools have a library. To equip the remaining 72.5 % –as required by Law 12,244– the country would have to build 34 rooms per day from now until 2020. In this context, the clouds of books will constitute not just an option for Brazil but an inescapable opportunity.