Developing countries, and in particular the BRICS, have for some years now proved irresistibly attractive to international companies. In these regions, a new middle class is thriving and demanding more devices, content and services: the opportunities for publishing companies and Internet start-ups are immense, providing that the specificities of each location are taken into account. Here we provide a few tips that might be of use for any digital venture in the global South.

Before approaching a specific market, it is essential to ask ourselves what language (or languages) its inhabitants speak and what their particular dialect happens to be. E-commerce and digital content sites often lump the Spanish-speaking Latin American countries together, but if the focal point is Argentina, for example, we will have to adapt the text, since in Buenos Aires the word for “you” is not tú (as in other Spanish-speaking countries) but rather vos. It’s not just about getting the message across to users, but about making them feel “at home”, so using the right dialect will bear fruit.

2) Currencies and means of payment are important

If we want to sell something, then at some point we are going to have to collect payment for it, which is where the question of currency comes in. The major Western portals use the dollar or euro as their common currency, but generally this is not the currency used by buyers from the South.

Now, changing one currency into another is more than just a simple conversion: payment in foreign currency often involves a surcharge for users. In Brazil, foreign purchases made with a credit card are taxed at a rate of 6.38%, which effectively pushes up the price of the end product. In a delicate international financial context, many countries may choose to extend this type of regulations.

In addition, it must be remembered that in regions like Africa, credit card penetration tends to be low, which is why payment by mobile phone has become an overwhelming tendency.

The best option, then, will be to always sell in the national currency and with local means of payment.

3) Prices must be adjusted

Pricing must be fixed according to the actual customers, whose purchasing power varies in each market. If we employ a “one size fits all” type of policy and keep the same prices in developing countries as for the US or Europe, we will probably only reach the wealthiest 15% of the population. Concentrating on this segment may prove lucrative enough for some projects, but if we are interested in reaching the remaining 85%, then we will have to revise our business models. In this respect, it is essential to take note of the trend towards low cost solutions in India, where economies of scale make it possible to slash prices and help the masses gain access to tablets and digital publications.

4) Adapt to the local infraestructure

If dialects, means of payment and prices vary, then so does infrastructure. We should never take it for granted that the local technological ecosystem will be the same as our own. Before offering digital services or products, we must ask ourselves the following questions: What type of connection do users have access to? Fixed Internet? Mobile Internet? Dial-up? Do they use tablets? Do they only have PCs? 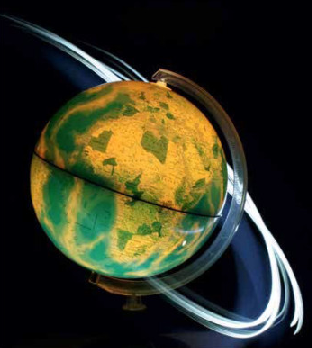 If the users in our target segment don’t have their own tablets or PCs, then an elegant solution would be to distribute e-books in PDF that can be printed at copy shops!

Over the last decade, many developing countries have grown at a frenetic pace and the public coffers have swelled in a similar fashion. As a result, national governments have become more powerful and more determined than in previous periods.

In this context, any private-sector technology project that proves incompatible with national plans for infrastructure and content may make an enemy where none existed. On the other hand, companies that make allowances for national priorities may gain access to a huge market, as is the case with government purchases of digital educational texts in Brazil.

As is often said, if you want to dance tango, brute force won’t be much help to you. So, it doesn’t matter how powerful a company is in its native market: to perform in developing countries, what counts won’t be its financial clout but rather the flexibility, timing and intuition it displays.

In the early stages of a project, everything in the new market seems chaotic. However, once we have got through this phase, we may be able to grasp the unwritten rules at play. Companies that don’t respect this principle tend to suffer the tragic fate met by eBay in China.

Many firms, particularly bigger ones, tend to enter emerging markets with a message along the lines of “Here I am!” The truth is that such an attitude only makes local competitors band together and perhaps even convince the public sector that the newcomer constitutes a threat to the nation. It is always worth remembering the Chinese proverb: “The bird who sticks his head out gets shot”.

Since it isn’t always easy to muster up the necessary versatility to adapt to the local culture and respond effectively to possible changes in regulations, one solution would be to form an alliance with domestic companies. Of course, the challenge will be to find counterparts that, in spite of cultural differences, share our way of working and objectives: depending on the choice we make, it could result in the relative success of Wal-Mart or the disaster of Groupon, both of which occurred in China.

Developing markets are fascinating: what seems immobile is in fact shifting and what seems to us to be in flux is really static. Whether we want to distribute e-books, devices, software or web services, we have to be willing to localize our product offerings, adapt, learn, experiment and be prepared to immerse ourselves in a reality that is sometimes unfathomable – but always exciting!