Each link in the e-book industry chain is undergoing sweeping changes, from platforms to devices and formats. EPUB –created by the International Digital Publishing Forum (IDPF)– is regarded as the most promising standard for e-book files. This resizable format offers significant advantages over other competitors; above all, it is free and open source. Below we present our chat with Liz Castro on the EPUB format and other hot topics related to e-books. With over 25 years’ experience in the digital sphere, Liz has published a dozen or so books on EPUB, CSS, HTML and Blogger, which are required reading for any publisher or writer interested in exploring the electronic age. Her blog Pigs, Gourds, and Wikis and her Twitter account (@lizcastro) are followed by thousands of readers worldwide.

1. One of the hurdles for digital publishing in non-Latin languages is that the EPUB format does not always work properly. Have you had any experience with these types of languages? Has EPUB3 improved things?

EPUB3 now provides very good support for Asian languages, like Japanese. I have just come back from Japan, from the IDPF’s first Asian conference –which dealt with EPUB3–, and we demonstrated various e-book samples, not just with Japanese characters, but also with vertical writing, ruby, tate-chu-yoko and kenten characters, as well as other essential Japanese typography features. It has improved so much that Rakuten/Kobo is going to offer all books in Japanese in EPUB3 format.

2. How do you think standards in the e-book world will evolve, given the pressure exerted by Amazon to impose its own format –MOBI–, the efforts by the IDPF and most publishing companies to standardize EPUB, and the attempts by PDF to survive?

I think EPUB3’s new features –especially its support for languages with non-Latin character sets– may be the key to establishing it as the dominant format and getting rid of MOBI for good. Amazon itself is already replacing MOBI with KF8, which is so similar to EPUB3 that it might be considered its own proprietary version of it, combining the same HTML5 and CSS3 standards. Amazon already accepts EPUB3 files in its system and converts them automatically. Obviously, Amazon wants to keep its own format, but it will be interesting to see whether publishing companies are willing to allow it. We have also seen that, when it comes to fixed layout –which is already a standard element of EPUB3– the major e-reader manufacturers are backing the new standard. Publishing companies have neither the time nor the financial resources to make multiple versions of a book for each reader. Establishing a standard allows publishers to create a single file for all readers, and so have time to increase the quality and quantity of the books they offer. 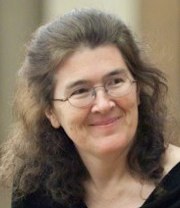 3. InDesign is a fundamental piece of software for paper and digital book layout. However, for publishing e-books alone, wouldn’t it be better to start directly with other tools (including simpler ones), without having to make use of InDesign?

InDesign, as you say, is a powerful but complicated and expensive program. Given that most publishing companies in the US, Europe and Japan use it for the page layout of printed books, it is a natural option for creating e-books. Besides, with each new version, it does a better job of things. But in those cases where it isn’t used for printed material and people aren’t familiar with it or haven’t already bought it, its advantages are dramatically reduced. There aren’t any really good graphic tools for creating purely e-books as yet, but I don’t think it will be long before they appear. However, it is true that what are needed are low-cost tools for creating e-books without having to edit the underlying EPUB code.

4. You have travelled through a lot of countries in recent years. How do you see the evolution of the e-book around the world?

I see that everyone recognizes the usefulness of being able to read on electronic devices. I think the price of the devices is vital to their adoption. In the US, they didn’t reduce the price of the Kindle until the iPad –a real competitor– came out. In a matter of months it dropped from $400 to less than $100. That is about to happen in Japan now, with the release of the Kobo reader for under $100 and with the introduction of vertical writing support. In Argentina, where I was in April, I think the lack of an affordable e-reader is one of the things that is holding the e-book market back. There are a lot of people who read there, but who wants to buy an e-reader for $300? So the publishing companies, which tend to be more conservative –and which also find themselves in a delicate situation due to the global crisis–, are afraid to invest money in carrying out the necessary conversions and there is a lack of content. It’s a vicious circle. But I can see that things are beginning to shift.

5. What advice would you give to publishers from developing countries that are looking to experiment with digital?

I think it is essential to take into account the mobile devices that people already have in their hands and on their desks. EPUB can be read free of charge on a computer, or on many existing cell phones. That’s enough to make a start with. Next, I would recommend they establish direct relations with their reading public, be receptive to their needs and not treat them like pirates. If publishing companies make it more convenient and easier to buy a book than to pirate it –with the resulting waste of time and the concerns that entails for the user–, then people will behave as they should. I’m convinced of it. And I act on that conviction: I sell all my books without DRM protection and they continue to sell in countries where people are said to all be pirates as well as in places where they aren’t. I also think it is a good idea to continue creating both paper and digital books. They can be complementary formats, they don’t have to be mutually exclusive. And at the present time, when a lot of people are not used to reading in digital format yet, paper is still necessary to ensure that a book reaches the public.

*This interview was originally published in Spanish.