SURVEY – With the rise of the Internet, digital publishing represents a challenge for publishers in the Arab world (Maghreb, Mashrek and countries of the Arabian Peninsula), a region with a linguistic pool of 400 million inhabitants, where the circulation of printed matters faces many obstacles inherent to its distribution. 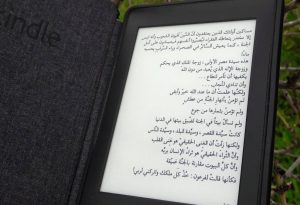 Status of publishing and purchasing practices

Publishing in the Arab world is based on the presence of several editorial and commercial initiatives, which are intended to constitute a transnational market. However, this market faces obstacles related to the circulation of books in the Arab region. Distribution is the weak link in the book ecosystem, especially for secular publishers, often the most innovative, dominated by Islamic publishers.

Indeed, most bookshops are concentrated in the major cities and books have little penetration into rural areas, due to poor infrastructure and poorly implemented public policies, when they are applied. Many publishers are reluctant to leave their books on consignment for fear of never getting paid. The stock in bookshops therefore consists essentially of the books of a few, often national, publishers. (see here)
Arab book fairs give the readership access to a diversified editorial output, when compared to the new releases offered throughout the year. Strongly rooted in purchasing practices, they represent a challenge for publishers, who sell most of their stock there. To a certain extent, they make it possible to circumvent censorship through their multiplicity.

Book fairs under constraints, in the words of Franck Mermier (Le livre et la ville, Arles, Actes Sud 2005), these bookfairs reproduce, on a smaller scale, the problems of book diffusion and distribution: the domination of Mashreq over the Maghreb, those of Islamic publishers over secular publishers.

Obstacles to participation are many, including registration fees, rental fees and the fear of having books seized by customs or censors can discourage some publishers.

In the Arab world, censorship may reflect political or regional allegiances. Book fairs often reflect the organiser’s politics and highlight its relations with neighbouring states. 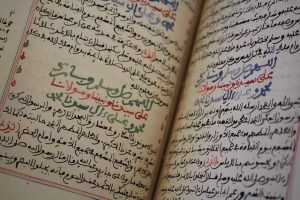 Censorship is an obstacle often mentioned by publishers in the Arab world. The three taboos, namely gender, religion and politics are targeted to varying degrees by censors from one state to another. Censorship affects the book ecosystem downstream, as revealed through the case of the Egyptian bookseller sentenced to five years in prison for marketing a copy of J’ai couru vers le Nil (‘I ran towards the Nile’), a novel denouncing repression during the Arab Springs. It also concerns producers. ISBN turns out to be an efficient censorship tool.

Indeed, in order to obtain it, publishers, with the exception of Lebanon, must submit a publishing schedule to the censorship authorities, which contributes to the domination of the State in the publishing sector, despite the development of private publishing.

The first advances in digital technology have led to the development of online bookshops in the Arab world, to meet the challenges of dissemination by curbing infrastructural and customs constraints.

For the e-book, transfers to the EPUB format have been difficult because of the specificities of the Arabic language. After uncertain beginnings, the e-book now exists, as shown by the emergence of new dedicated structures or the adaptation of existing structures, thanks to the conversion to EPUB3 format adapted to Arabic and Asian fonts.

Digital technologies are a challenge in that they provide access to all Arab editorial output. Ideally, it could compensate for the difficult access to books in rural areas where there are no bookstores or public reading places and where there is a real demand for books, according to Ashraf Maklad, founder of the Egyptian Kotobi platform.

The Arab Springs have created a climate of uncertainty, resulting in the closure of several bookstores in the region. At the same time, sales of e-books increased during the protests. Digital technologies could resolve the issue of access to the written word in crisis areas such as Syria, Iraq or Yemen, where wars have created tragic conditions for local publishing, notes Franck Mermier, editor of the book Regards sur l’édition dans le monde arabe (‘Overview of publishing in the Arab World’). 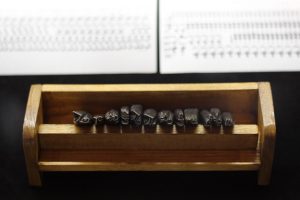 Innovations related to the purchase of e-books are to be acknowledged. Online purchasing practices, although strongly rooted in the Gulf countries or in the diaspora established in the United States or Europe (which constitute the core target of e-books), are not widespread in the Arab world, due to a low bank card penetration rate compared to the rest of the world and consumer mistrust.

To get away from credit card payment, many publishers are investing in SMS payment and the smartphone as a medium, such as Kotobarabia, an online bookseller that is developing a phone-based publishing business, Kotobi, an Egyptian platform launched by Vodafone, or eKtab, its Jordanian counterpart, which have made SMS payments possible. The eKtab platform also makes it possible to buy credit, in cash at the consumer’s home, who can then use it on the platform to buy books.

On the other hand, producing content adapted to the smartphone – a more widespread and less expensive device than a computer or fixed-line broadband access – and adapted to social media could extend access to books to a young audience who uses this technology.

E-books offer an attractive alternative in terms of the production costs of books. Iraq (1978) and Egypt (1981) are the only countries to have ratified the Nairobi Protocol, which provides for the exemption of equipment and raw materials needed to manufacture books. Low average print runs limit economies of scale and make reprints impossible. E-books, which sell for 50% less, make the book, a luxury product in its paper format, more accessible while prolonging the life span of publishing production.

E-books are also relevant for independent publishing and freedom of publishing, in that is breaks free from its dependence on subsidies. Digital technologies also allows readers to access, to a certain extent, publications critical of the ruling power or religious conflicts, which are absent from bookshops because of censorship. To avoid this pitfall, the Egyptian company Kotobarabia has relocated its servers to the United States.

It is still too early to say that digital technologies will solve the problems of book distribution in the Arab world.

Paying for virtual content has not yet become part of consumer habits. The proportion of pirated works accessible on the Internet is high. Buying e-books appears to be an option once the bookstore has been written off or the free Internet content is no longer accessible, as pointed out by Jacqueline, a literature student in Beirut and occasional user of the Lebanese platform Neel wa Fûrat. 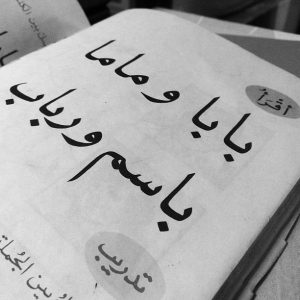 Another important point is the lack of visibility of online bookstores producing e-books. This is explained by the preponderance of classical Arabic (the official, teaching and administrative language) over editorial content in the various common Arabic dialects spoken in daily life. In order to access the different platforms and editorial content, Internet searches must be done in classical Arabic.

Diglossia between classical Arabic and dialect is a reality in the Arab world: a study carried out on the written word in the practices of Lebanese students shows that English is preferred for use and reading on the Internet, notes Maud Stephan-Hachem in L’écrit dans les pratiques culturelles des étudiants libanais (‘The written word in the cultural practices of Lebanese students’).
The promotion of these new modes of reading requires the support of public policies, in particular through the purchase of e-books by national libraries, access to online means of payment, but also the democratisation of Internet access since, compared to the rest of the world, the Arab world is poorly connected, with significant disparities from one country to another.

Finally, after the hope of liberating modes of expression raised by the Arab Spring, the multiplication of attacks and the exacerbation of political tensions and protest movements could weaken the freedom of publishing and more broadly freedom on the Internet, often controlled by the ruling authorities. The International Alliance of Independent Publishers is carrying out a study on the freedom of publishing to be published in 2020 that questions the political contexts at stake and the means used by publishers to circumvent censorship.

Article written and published as part of the work carried out with students of the Master 2 in Book Marketing (pre-service training) of the University of Villetaneuse – Paris 13.